Cordierite: virtues, composition, history and meaning of the stone

The first mention of this stone dates back to ancient Greece. There is not much information about it, but it seems that the Greeks used this stone in their worship of Athena, the Greek goddess of war and wisdom. It was then used by the Vikings when the sky was covered with clouds - its transparent face served as a filter so they could see the sun's rays. This is why it was also called the "Viking compass" or "sun stone".

This stone was first described in 1813 by the mineralogist Lucas, whose name means "geologist". He described it and called it "dichroite" (from the Greek "duo of colors"). At the time, samples were obtained in the Cape Gattes region of Spain, but they were eventually identified as coming from Bodenmais in Germany. 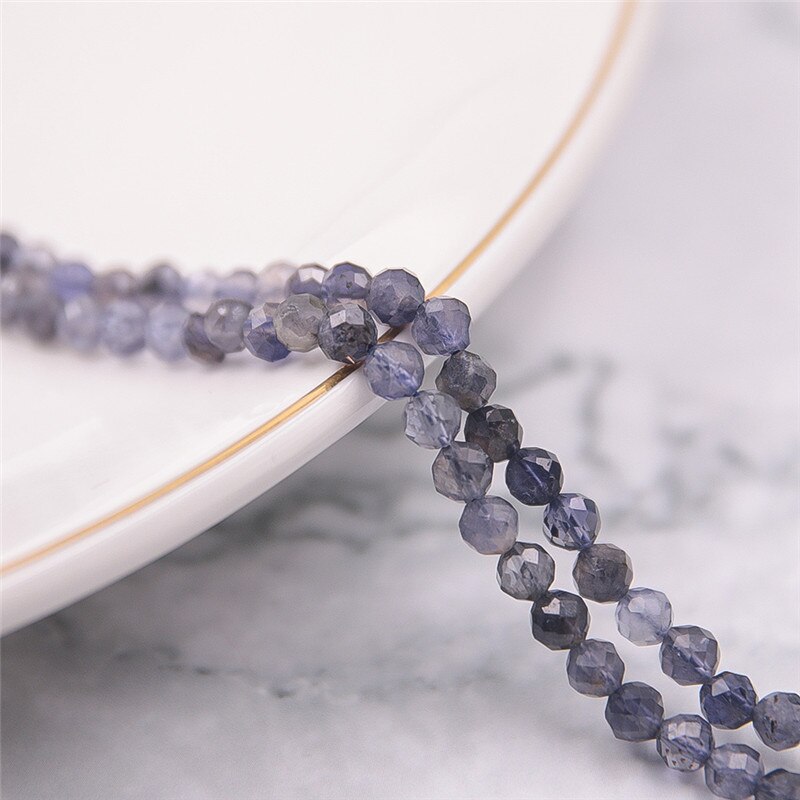 Origin and composition of Cordierite

It is a mineral belonging to the group of silicates, which has the formula Al3Mg2AlSi5O18 and contains traces of Mn, Fe, Ti, Na and Ca. Considered for centuries as a cyclo silicate, it is now classified as a tectosilicate. Its exceptional composition makes it insoluble in water and fire resistant. It comes from metamorphosed clay mudstones, but this mineral is found in cordierite schists or rocks containing anthophyllite.

The Cordierite is a stone that relieves addictions and helps with sleep. It also has spiritual properties, which can elevate you spiritually.

This particular stone is perfect for beginners who are starting their spiritual journey. It can also be used as a tool to develop clairvoyance and improve visualization. This stone contributes to the balance between astral travel and physical life, facilitating a sense of oneness with nature by enhancing self-awareness through meditation time. In addition, it has very positive effects on anxiety and emotions while releasing negative tensions that keep you in a state of anxiety or fear of going out too much in society. These vibrations increase the feeling of security, even in those moments when you feel physically or mentally unsafe or incapable.

There are three methods to purify stones when they come into your hands and exhaust their energies: Purification with distilled or demineralized water, sea salt, or by burying in the ground. If you practice meditation regularly, it may be helpful to use the fumigation recommended for light purification and energy cleansing.