Tanzanite: History, origins, properties and virtues of the stone

Tanzanite: History, origins, properties and virtues of the stone

TheTanzanite tanzanite is a rare, violet-blue gemstone whose origins date back nearly 2,000 years. The unique hue of this gemstone is due to a combination of trace elements present in the stone. When light hits this gemstone, it creates blue hues due to the presence of iron blue and cyan blue causes . It is named after the country where it was first discovered, in the town of the same name. TheTanzanite is a variety of the mineral zoisite, which is found in Tanzania. TheTanzanite is extremely rare and therefore few people have access to this mineral. Most people who own the gem are gem dealers.

Although it is a rare gemstone, theTanzanitehas a rich history. It is said that Tanzanite was first discovered in 1954 by the Maasai tribe, a nomadic tribe living in the plains around Mount Kilimanjaro. In the 1960s, torrential rains swept through the hills near Kilimanjaro, setting off bushfires and forcing the Maasai tribe to flee their territory. When they finally returned, bright bluestones (Tanzanites) were found on the ground, which the Maasai considered a celestial sign. Indeed, the color blue was considered sacred by the Maasai tribe. Inreality, it was the heat that transformed the grey-brown stones into blue gems (heating temperature reaching 500°C). It was not until the 1970s that the gem became highly sought after and was named by the founder of "Tiffany&Co" with its current name "Tanzanite" in reference to its country of origin. The rarity of the gem caused its price to skyrocket, and demand for it increased dramatically. Today, Tanzanite is still a popularfine stone and is widely used in engagement rings, wedding bands and other jewelry. The fine stone also has several healing properties, making it a popular choice for holistic practitioners.

Composition and origin of Tanzanite

TheTanzanite is a variety of Zoïsite, which is part of the Silicate family.Unlike some gemstones found in large deposits, deposits of Tanzaniteare extremely rare. The only deposit is found onthe Mirerani hills aroundMount Kilimanjaro in Tanzania. Tanzanite is said to be 1,000 times rarer than diamond, since its deposit is limited.

Tanzanite can havebeige, brown, pink or blue colors when it is rough. It is often foundopaque, and sometimes translucent. Its violet-blue color is only found after the stone is heated.

Tanzanite 's hardness ranges from 6.5 to 7 on the Mohs scale of hardness, making it an ideal stone for use in jewelry. 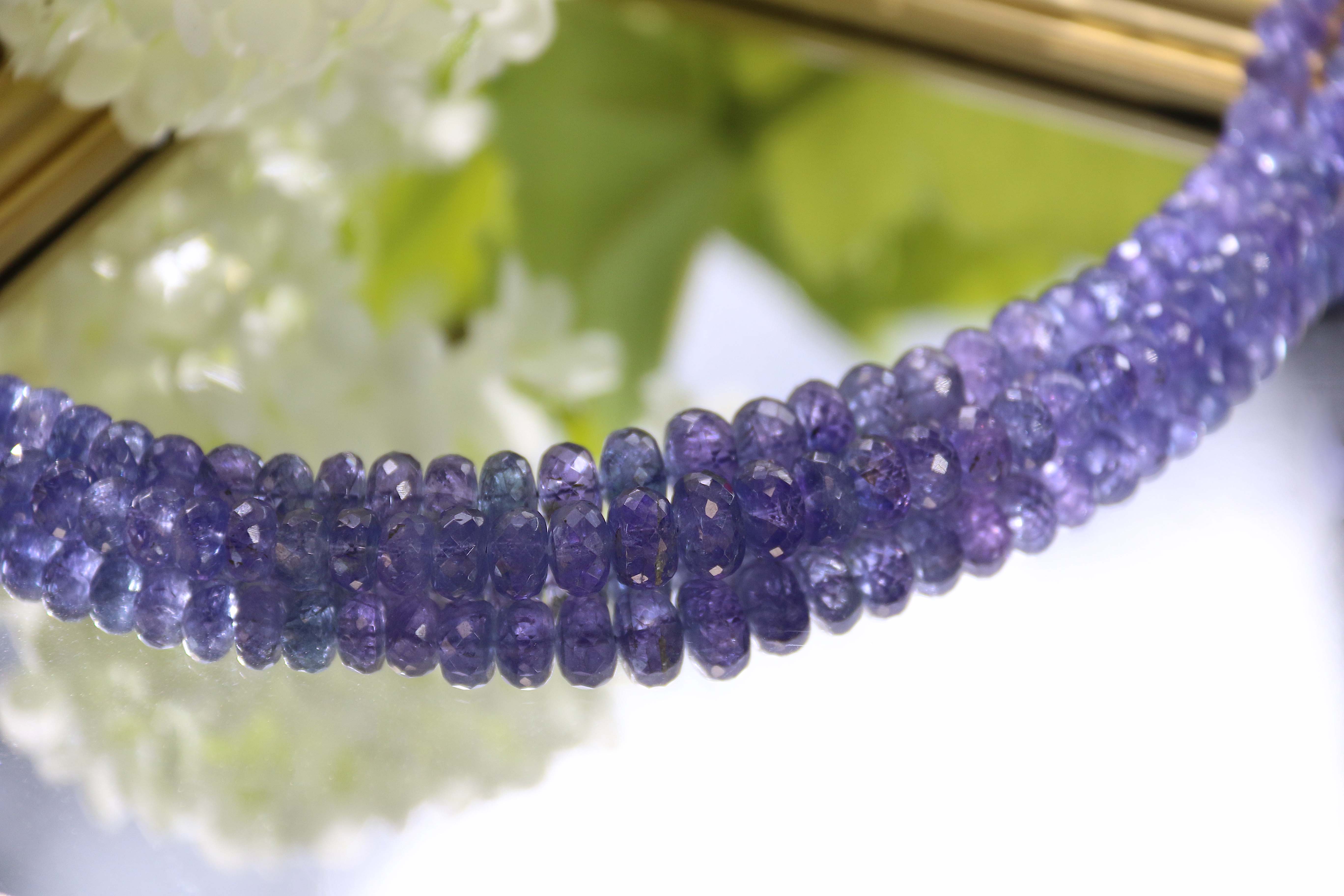 TheTanzanite would develop intuitionand extrasensory perception, and is associated with creativity and imagination, ideal for artistic minds.

TheTanzanite is the ally stone to excel and become better. It isa stone that helps self-fulfillment, since it increases self-confidence and thus overcomes shyness.

In lithotherapy, theTanzanite is known to have healing powers.It promotes cell regeneration, bringing positive effects on the skin that can fight against skin diseases, such as acne or eczema. In addition, theTanzanite would have beneficial effects on the vision as well as the hearing.

When yourTanzanite loses of itsenergy, you can plunge it in demineralized water during a few hours, then wipe with a soft cloth, in order to clean it.You can then let it recharge under the moonlight.

The Tanzanite is a rare and beautiful finestone. It is a deep violet blue and relatively hard, making it suitable for jewelry. The fine stone can also help with healing, increasing focus and increasing intention.